A downloadable game for Windows

Thief's Roulette is a Story-Driven Puzzle game. It combines the narrative focus of visual novels with first person puzzle gameplay.

Thief's Roulette is being developed for PC,  Nintendo Switch, and PS4.

Preorders and other purchases are now available through Backerkit to support development.

You arrive in an unfamiliar place. You and 14 others have been taken and forced to compete for your lives in a series of challenges, hosted by a mysterious woman calling herself Lady Luck. When the group is split into 3 teams they learn the truth of this game; to win means to sentence your opponents to death.

Lady Luck proclaims these 15 strangers to be Thieves, and for that reason, she has brought them here, to fight for their lives. They must complete all of Lady Luck's Challenges if they hope to make it out alive.

Before each of Lady Luck's Challenges, the 15 thieves are randomly assigned to 3 teams. From there, they will enter their respective Challenge Rooms and attempt to complete the task the fastest. The catch, is that both 2nd and 3rd place teams will have to take part in the Marking Roulette. Members of these 2 teams are randomly marked for death. If you are ever marked twice, you will be eliminated.

There are also many more updates to be found on the Kickstarter Page.

Right-click and extract the ZIP file. Then double click the application/exe that's created.

Really promising demo with some great visuals and interesting puzzles, although I'm still not entirely sure how I solved the combo for the puzzle with three paintings in the chapter 2 teaser. I can definitely see the Zero Escape and Danganronpa influence. Looking forward to the full release!

really fun and interesting concept for the puzzles, having the free camera and movement. also had a creepy atmosphere i liked, greatly enhanced by the music. eager to see what the final game holds. good luck with the rest of the game's development!

Oh nevermind I just now found out that you can actually download the demo, but it will only work at the website/internet browser version of itch and not on the itch app for some weird reason ahaha ^_^

Oh that's interesting, I actually never tried the itch app. Glad you figured it out, I'll look into that.

The demo is pretty solid, I understand that more focus was on the gameplay rather than the writing. I wanted to say that I did get a little headache from the mouse sensitivity being high so I hope that in the full version there will be a way to adjust it.

Thanks for playing. I'll get that worked out. I believe that's linked to frame rate and I've had some issues getting the fps to lock correctly. I'll get it fixed though.

Any chance this is getting a Mac demo?

A Mac version will happen, but the process of porting and making sure everything is correct is very tedious without a Mac myself. I can't say for sure when, but I believe it could be completed alongside the 2nd (much larger) Demo.

Whoa! On what engine is the game creates?

Eh. This engine is too complicated for me. xD

Interesting demo. I very much like what I have read about this game. It seems probable that it will be very intriguing, with the numerous character dynamics, story, multiple routes, and a variety of endings.

In terms of possible additions to the demo, you might consider adding in a bit of extra interactions or dialogue with the other characters.

Will the ally-rival factor in the full game have a menu page showing those relations? If such a thing exists, it could be interesting to make it show up in the demo, even if nothing else about the mechanic appears.

Oh wow, I just realized that this is the 32bit version. Uploading the 64 now. I should have had both up in the first place

I already gave my feedback on the survey, but just wanted to say I loved this! Looking forward to future releases from you.

Hey, trying out your game and I'm gonna write some notes down here as I play.

I really like the idea of combining an open space to explore with the more zero escape puzzle designs. Only problem with this design is sometimes you're not sure if you skipped over anything, so  your time is spent wandering around wondering if you're missing something very obvious, so maybe make it more obvious what things you can interact with.

Obviously, it's a really early version of a game, and this might be something you already understand and plan to work in future editions, but I'll say it anyway just in case. While the writing seems competent and has potential, it definitely feels rough in spots. Again, this is probably just a proof of concept, but you are making a visual novel game, so it goes without saying that the story needs to be good and this demo hasn't sold me on that yet.

For example, if I were to compare it to Zero Escape or Danganronpa, those games spend a long time introducing you to the characters and the main character you are playing as. From the moment they wake up in their situation, the writing pulls you into their thoughts, and as the reader/player you feel connected as one through them. Their thoughts are close to the player's thoughts, so you feel compelled to see them through whatever comes next in the plot. This early build of Thief's Roulette felt very rushed (which again might be your intent to get people into the gameplay), the situation told through the monitor was just thrown at the player in a big dump suddenly without much setup. I mean, the general premise is mostly understood, but without a relatable setup, I just couldn't really care about what was happening.

The next scene with the characters being introduced is also feels rushed with little time to connect to any of these people. Though, that being said, there is an inkling of interest to me. I can definitely see the potential here again with a more deliberate methodical pace.

All right, got through the first puzzle room without much trouble. I like the cords connecting the puzzles together room from room. However, for the life of me, I can't figure out the second room. I saw the different numbers on the sub windows from both inside and out, but I don't really know how to combine the clues together for the puzzle downstairs.

Well, that's all the time I had. You definitely have something with potential here. The writing needs work, but it feels like the dialogue might indeed be intentionally a placeholder so the player can  rush through to see the actual gameplay elements. The gameplay seems solid so far, but you might want to  pace the difficulty of your puzzles, so they slowly ramp in challenge. That second puzzle was far harder than the first.

I agree the second puzzle jumped up too quickly in difficulty, but it's not too hard on it's own. Once you see all the numbers inside the train cars, all the information you need to get the combination is on the tablet.

Writing for sure needs some more attention.  I hadn't gotten anyone besides myself to read it over so I wasn't sure what needed to be improved. So this points me in the right direction.

Thanks for the honest feedback, it really helps a lot.

No problem! It's easy to be discouraged when faced with critique, but feedback is a key ingredient in learning anything, so keep the process up—you do have something interesting here.

I'll try to keep an eye open on your project for any future updates so I can provide you more feedback. :)

I think I saw this some time ago on r/visualnovels but I never commented; all in the I will wait for the full release since I am really interested! It is full of potential and I really wonder how some of the stuff you mention will be handle; description alone it seems the game can branch A LOT.

Congrats on releasing the demo! :)

I'm stuck on the very first room though, and it feels like I'm missing something in regards to item usage (nothing happens when I click on the thing beside the door and the ventilation shaft, and inspecting the window cleaner tool doesn't seem to do anything, either.)

Also, you might mention that it's necessary to unplug any gamepads you might have,  since having a controller plugged in at all makes the camera go haywire when you start up the game (it took me a while to figure out what was wrong despite the mention that controller support is still worked on.)

Wow, I didn't know that. I'll try to get that figured out.

Regarding the first puzzle, I think a quick solution to that, that I should have thought to include is a displayed Name for each of the items. That way you know exactly what the tool is. Like that one in particular, isn't a window cleaner lol. So that's my bad, I should have made that more clear. 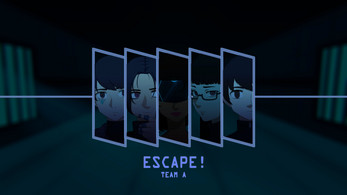 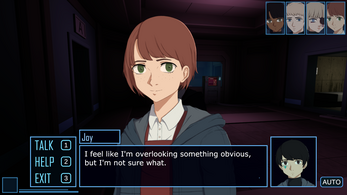 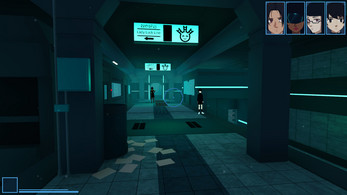 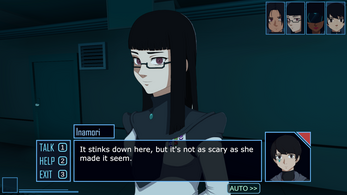 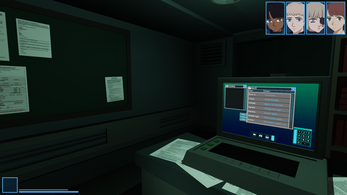 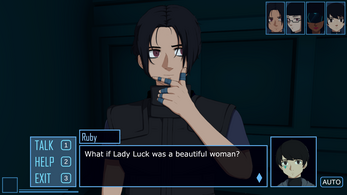